Why Exercise at Work Improves Your Health and Your Team 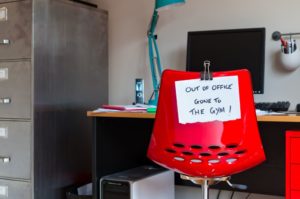 Exercise at work is becoming an increasingly common practice. The reason is that research – and companies, themselves – are discovering the benefits these brief bouts of activities bring to their teams.

Studies have revealed that when couples and friends work out together, their relationships improve. As it turns out, the same thing is true when colleagues exercise at work. Not only does it help them to improve their individual health, but it boosts their productivity and workplace satisfaction.

Why Exercise at Work?

It Brings Stress down – Way Down

In that study, they also found that people who work out on their own don’t experience those benefits to such a degree. Their quality of life and stress levels didn’t change as much when they exercised alone as it did when they exercised at work with buddies. Having team goals, encouraging each other, and facing something difficult together is amazing for communally beating stress.

It Makes Team Members Nicer to Each Other

A British study of 200 university and life insurance company employees found that when people exercise at work, they are more productive, less fatigued, more patient, and more tolerant toward their coworkers. This was the case regardless of whether the employees participated in yoga, strength training, aerobic activities or pickup basketball.

It Makes the Job More Fun

When teams of employees exercise at work, they experience overall health benefits. This includes mental, physical and emotional health. As a result, they were less likely to fall ill. This includes fewer days spent ill at work in which productivity would be reduced. It also decreased the number of sick days workers needed to take away from the job in order to heal up and recover.