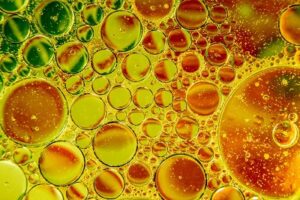 Although it may be familiar to some circles, not everyone is aware of what hydrogenated oils are—nor are they attuned to the fact that those types of oils can cause some serious health problems, especially if they are consumed in large quantities over extended periods of time. So many of today’s popular food items are chock full of this nasty stuff, but thankfully there are ways to avoid it. First, however, you must understand what hydrogenated oil is so that you recognize it when you clean out your kitchen.

What are Hydrogenated Oils?

The hydrogenation of oil is not some new practice. It has actually been happening for a couple of decades. The process of hydrogenating oil helps to extend its shelf life—a big deal for the fragile yet growing economy into which it was originally introduced. A hydrogenated oil is nothing more than an oil that has had its vital fatty acids chemically converted in some way.

The worst part is that, despite the intentions of the scientists who developed hydrogenated oils, the shelf life is still mediocre, as many products made with hydrogenated oil have expiration dates that are relatively short in comparison to options made with untreated oil.

How Is Hydrogenated Oil Made?

The chemical change that takes place within hydrogenated oils—in particular, partially hydrogenated oils—is a rather simple but devastatingly harmful process, most notably in terms of health and quality. These oils are typically made by forcing highly pressurized hydrogen gas into the molecules.

Eventually, this creates a more solidified oil—what we see when we look at margarine, lard, and other thick or fatty cooking implements. Since the 1990s, when hydrogenated oils stopped being promoted as the best option, doctors and nutrition experts have been studying the precise effects of these synthetic oils on the health of the human body.

Why Is It Unhealthy?

When manufacturers create partially hydrogenated oils, they are essentially converting the vital unsaturated fats within that oil into a basically worthless and highly toxic trans-fat. It is the unstable fatty acids within untouched oil that are considered to be better for human consumption since they reduce cholesterol as opposed to increasing it. As many people probably already know, trans fats are no good. In fact, some states even ban the use of them, which should speak volumes about their dangers.

The consumption of partially hydrogenated oils has recently been linked to weight gain, coronary artery disease, diabetes, depression, and obesity, among other problems. Because of its harmful effects on human health, these types of oils have be listed on the labels of foods in which they are used.

How to Avoid It

Though hydrogenated oil is not always obvious in food products – particularly those that are processed or highly processed – there are some things you can watch for to help to avoid them.  The following tips will help you along the way.

Know Where Hydrogenated Oils Are Most Common

Some of the most common places to find them include:

Understand Food Labels (as much as anyone can)

Though trans fats have been banned by the US Food and Drug Administration (FDA), this doesn’t mean that all hydrogenated oils are gone from food. Moreover, it’s important to note that foods are still technically allowed to have up to 0.5 grams of trans fats per serving, which is small, but not nothing.  These will be found in foods containing hydrogenated oils. Read the ingredients list carefully and learn the types of substances to watch for.

Leave shortening and margarine at the store. They’re convenient but contain partially hydrogenated oils. Instead, choose olive, avocado or safflower.  Using these choices in moderation will not only help to avoid unwanted health impacts but can even help to improve your overall wellness. At the same time, reduce the amount you need overall by baking, steaming or broiling instead of frying.

Cut Back on Packaged Foods

The less you eat of packaged foods, the lower your risk of consuming ingredients you didn’t mean to eat.  Since these are a common source, lowering your dependence on highly processed foods can make a world of difference. Start with one category – or even one product – and reduce or eliminate it (as appropriate). Then, as you develop that habit, move on to the next one. You’ll soon discover that you’re enjoying your food more, getting far more flavors, nourishing your body more thoroughly, and it might even encourage you to purchase locally grown foods more often, such as from your own farmers market, supporting your local economy.