The Most Dangerous Diet Pills That Ever Hit the Market 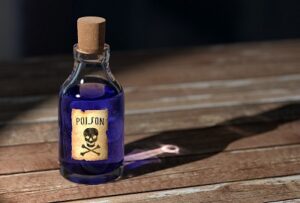 The thought of dangerous diet pills most likely instills a great deal of fear in you. The truth is that, although all diet pills might seem to offer the same types of results, exactly the opposite is true. There are safe, well-researched formulas, of course, but it’s important to be able to distinguish them from those that could potentially harm you.

Save vs Dangerous Diet Pills

So many of the diet pills out there have not gone through proper testing, and this is due to the fact that supplements don’t have any specific regulations. That said, others – tape worm pills, we’re looking at you – never had any intention of being safe! Be sure you know which ones to avoid and what makes a diet pill unsafe. There are some fantastic and safe alternatives out there. Those are the products that are worth your attention.

When it comes to the most dangerous diet pills out there, one of the examples that received notable media attention a few years ago was the Clen fat burner. It was hazardous and had a range of undesirable effects. In the past, Olympians have been banned from the games for using it. That is only one of many examples of hundreds – if not thousands – of harmful products that have been sold over the years in the weight loss category.

In that case, the pill was believed to help stimulate muscle growth and burn fat. The problem is that it was never tested on humans properly. Since the FDA does not regulate supplements, it was easy enough for a pill such as this to get distributed. Though certain beneficial results may have followed, it was a huge compromise to an individual’s health and, therefore, an unsafe choice.

When you consider the most dangerous diet pills ever, another addition to the list is Qnexa. Though this pill and those that fell into the same category were believed to help with weight loss, the results went much deeper than that.

This pill interfered with the metabolism in an undesirable way, and it also had a dramatic impact on an individual’s mood. As a result, any potential benefits that it could have offered were offset by the undesirable and sometimes hazardous side effects it caused. It could put a person at risk for major health problems and could cause individuals to suffer as a result. Not worth the risk just to lose a few pounds!

Take the Time to Research

When you want to avoid the most dangerous diet pills ever sold on the market, it all boils down to doing your research. If you are somebody who has struggled with weight loss, then you know firsthand that diet pills seem like a great answer. Though there are some useful pills out there, the problem is that they are not regulated, so you need to be an informed consumer.

Look for a reputable, established company that makes products using only ingredients that have undergone clinical study. The research should be trustworthy and published in peer reviewed journals, not just described in an unclear way on the official product website, using graphs to make the “results” appear more official.

You want to know what lurks within a diet pill’s ingredient list, where it is made, and how safe this pill is for you. Consider your own needs and the type of pill that it is, and you will determine the safest and most effective option for you as an individual.