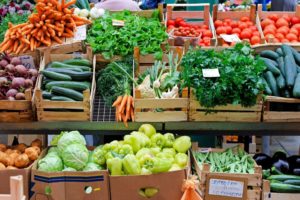 Plant based diets that are high in carbs may actually help with weight loss and body fat reduction. This style of eating may also improve the body’s insulin function in overweight dieters. A small study showed that this type of dieting may provide this range of benefits.

The current obesity epidemic in the United States indicates that the promise of benefits from plant based diets could be very helpful. At the moment, estimates show that more than 7 out of every 10 U.S. adults are overweight or obese. This is a considerable health risk when it comes to chronic conditions like heart disease and diabetes.

Plant Based Diets Remove the Fear of Carbs

A rash of fad dieting over the last few years has made people think that carbohydrates are the reason they carry too much weight. This isn’t the entire story and it has caused people to have a bad relationship with very healthy carbs. A plant based diet rich in healthy carbs may help to reverse that. These include vegetables, fruits, beans and whole grains.

The study was published in the Nutrients journal under lead author Dr. Hana Kahleova, the clinical research director for the Physicians Committee for Responsible Medicine. It ran for 16 weeks and was a randomized clinical trial. Researchers placed the participants on plant based diets that were low in fat. There were 72 participants who completed the entire study. None had diabetes and their insulin resistance was assessed after meals throughout the length of the study.

The participants were divided into a plant-based diets group and a control group. The first group avoided all added oils and animal-based products. They also had a 20 to 30 fat gram limit per day. There were no limits for carbohydrates or calories, but most ate more carbs on this diet than they did prior to the study. They were instructed to obtain their carbohydrates through complex carbs from fruits, veggies, legumes and whole grains.

On the other hand, the control group kept up the diets they were following before the study began, which included the consumption of meat and dairy. Their total carb intake wasn’t changed. Both groups maintained existing exercise routines.

By the close of the study, the group following plant based diets had a significantly reduced body weight, body mass index, fat mass, insulin resistance and visceral fat volume. Among those in the control group, there were no significant changes.