Processed Carbs Are as Important as Calories to Your Weight Loss

Processed carbs are proving to be more of a problem in our diets than we used to believe.  Nobody has ever truly believed that they were choosing fast food for the nutrition value, after all. However, as it turns out, highly processed carbohydrates actually have more of an impact on our weight than previously believed.  In fact, new research is now suggesting that they are having as much of an impact as overeating and caloric intake on the challenges we face in losing weight, and on the prevalence of obesity and overweight rates worldwide.

END_OF_DOCUMENT_TOKEN_TO_BE_REPLACED

Should You Eat More Calories to Lose Weight? 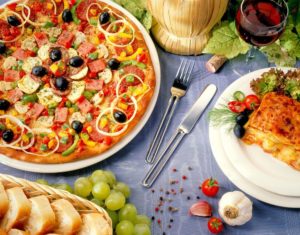 When you think of losing weight, it usually calls to mind visions of eating less, but for some people, the choice to eat more calories is the right one. The thing is that while it’s certainly possible to eat too much – that’s often what causes us to gain the weight in the first place – we can also eat too little.

Eating too few calories can also work against your weight goals. In fact, if you don’t eat more calories to the point that you’re within the right healthy range, you can make it considerably harder to lose weight. It may even make it easier for you to gain weight in the future. END_OF_DOCUMENT_TOKEN_TO_BE_REPLACED