Bariatric Artery Embolization May Be Useful in Treating Obesity 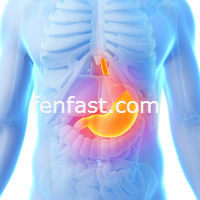 Researchers at Johns Hopkins have completed one of the earliest phases of a new clinical trial focused on treating obesity in which they have been looking at a the impact of bariatric artery embolization. This potential weight loss treatment is minimally invasive and the researchers have been working to determine whether it is also safe and effective in maintaining lost body fat in people who had been severely obese.

It is important to note that at this point, the data remains preliminary and is not considered to be conclusive.

That being said, at this point the bariatric artery embolization does appear to have considerable promise in treating obesity and has merited further study.

The idea behind this procedure for treating obesity is that it produces considerable reductions in the ghrelin levels. Ghrelin is among the hormones that are most central in the production of the sensation of hunger. By reducing the levels of the hormone, the patient’s hunger is reduced, potentially making it easier for that individual to cut back on the amount of food being consumed every day.

The results of the preliminary phase of the clinical trial were presented at the 2016 Annual Scientific Meeting of the Society of Interventional Radiology which was held on April 3 in Vancouver, Canada.

According to Johns Hopkins University School of Medicine associate professor of radiology and radiological science and director of interventional radiology research, Clifford Weiss, M.D., the current interventions available to people with obesity are limited to diet and exercise, behavioral modifications, medications or invasive surgery. Dr. Weiss expressed his excitement over the potential for adding bariatric arterial embolization to this list to provide health care practitioners with another option that may help their patients as they work to “curb this epidemic.”

The pilot clinical trial was called the Bariatric Embolization of Arteries for the Treatment of Obesity (BEAT Obesity). It was created by Johns Hopkins researchers while working with Aravind Arepally, a former faculty member from Johns Hopkins.

The BEAT Obesity trial itself involved the participation of a multidisciplinary team including physicians, gastroenterologists, hormone specialists, registered dietitians, physiologists, psychologists and surgeons. Among the subjects were six women and one man aged 31 through 59 years, all of whom were healthy but severely obese, with a BMI of between 40 and 50.

They all underwent bariatric arterial embolization and had their ghrelin and hunger levels monitored. No major adverse events were reported and all patients experienced considerable reductions in hunger and measured weight loss.