Things You Shouldn't Be Doing in Yoga Class 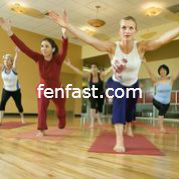 Taking a yoga class is supposed to be fun and rewarding, but that is nearly impossible if you are not doing it right. By the same token, spending too much time worrying about your technique could cause you some serious problems. It all boils down to knowing what you should and shouldn’t know while you are on the mat.

For the most part, there are no rules to yoga. However, there are three things you shouldn’t be doing in yoga class:

1. Trying Too Hard to be Perfect

Indeed, there is a technique to doing yoga, but that does not mean you have to do it perfectly. You are bound to make some mistakes, especially when you first begin to learn new and/or more challenging positions. Just try to keep your head up about the situation and go at your own pace. Being in a yoga class is supposed to be relaxing and not a source for personal anxiety or inadequacy issues.

2. Making It a Competition

It is never a good idea to turn your yoga class into some sort of competitive sport. You will thereby defeat the very purpose of being there. On top of that, you could land yourself in the hot seat with the other participants and create enemies out of potential friends. Nobody is there to make you look bad, so just relax. If you feel yourself getting frustrated, simply excuse yourself from the group instead of causing a disruption.

You most likely have some pretty interesting things to say, but that does not mean yoga class is the best time to share them. Speak with your friends beforehand or wait until after class to spill the beans. A lot of people are attending yoga as a personal endeavor and simply have no interest in what you have to say. What’s more is that they probably don’t want to hear you yakking to your friend while they are attempting to meditate and relax. Instead of talking and socializing during yoga class, bring some headphones, listen to the sounds of the room, or simply exercise some common courtesy and restraint. Talk to your yoga instructor to find out if he or she has any special requests for the class. Being part of group means assimilating to the way the group does things and doing your best to be a positive and valuable member. The next time you are in yoga class, keep an eye on your behavior for the benefit of the whole.