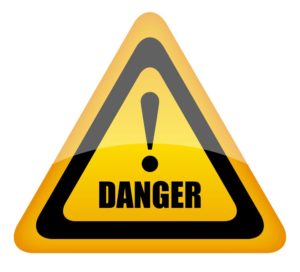 We all know that we should look at diet pill ingredients before we start to use a product. However, a recent study has shown that it’s more important than ever that we use products from a trustworthy company. The reason is that a huge number of supplements in many categories – including diet pills – contain banned and dangerous substances.

The study was published in October in the JAMA Internal Medicine journal. It conducted an analysis of sports and diet pill ingredients from twelve brands. They were specifically looking for four potentially dangerous stimulant drugs that have been appearing in supplements over the last few years.

What they discovered was terrifying. Despite the fact that the F.D.A. has specifically banned this drugs, making them prohibited in the United States, those substances were still there. Some weight loss supplements still contain drugs the F.D.A. banned many years ago. According to the lead study author, Dr. Pieter Cohen, the F.D.A.’s current efforts to stop the use of banned and experimental stimulants in diet pill ingredients “is not working.” Cohen is also a general internist at Cambridge Health Alliance.

What Are the Banned Diet Pill Ingredients

The types of banned diet pill ingredients the researchers were looking for included DMAA, about which the FDA released a warning back in 2013, stating that it could increase the risk of heart complications; DMBA, a stimulant quite similar to DMAA; BMPEA, which is nearly chemically identical to amphetamine; and oxilofrine, a stimulant also banned by the World Anti-Doping Agency.

Back in 2014, all 12 of the supplement brands tested positive for at least one of those four diet pill ingredients. In 2017, when all those stimulants were officially banned by the FDA for at least a year, the products from the same brands were tested.

Of all the dangerous and banned stimulants the researchers checked for among the diet pill ingredients, it was oxilofrine that appeared the most. The researchers feel this should be a warning that current methods are not enforced effectively enough.