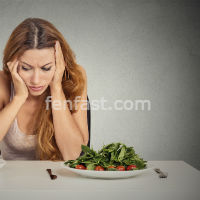 For decades, young adults have been under a great deal of pressure to be thin. While some have pursued this goal through healthful eating and exercising among other lifestyle habits, this practice isn’t universal. The drive to achieve a smaller body and various specific attributes linked with the super skinny is sending young adults to take on unhealthy habits.

That pressure to be thin has traditionally sent young adults into various fad diets or to take scary pills such as ephedra and other dangerous and banned substances. However, the range of unhealthy habits being taken on by young adults is growing. These can be hazardous to both their physical and mental wellbeing.

The following are some of the things young adults are commonly doing in response to the pressure to be thin.

Extremely low- or no-calorie dieting. The body cannot run only on its own fat stores and still remain healthy. Indeed, fat is stored on the body in case of times of starvation so it can be used as fuel. However, those energy stores are meant for basic survival, not for thriving. Living a lifestyle of zero-calorie drinks can be extremely damaging to the body and mind, not only because it doesn’t provide the body with the calories and nutrition it desperately needs to be healthy, but it also floods the body with artificial sweeteners which are not only seen as unhealthful, but they can also lead to weight gain when used regularly.

Fad diets. The number of fad diets that are in circulation at any given time among young adults Is frightening. Among the main problems is that some of the leading diet programs actually include the characteristics of fad diets while marketing themselves as a practical and long-term approach to healthful weight maintenance. A review by the Annals of Internal Medicine of the leading 10 diet programs in the United States determined that every program other than Weight Watchers provided zero proof that they could help dieters to lose weight and keep it off. This type of deception has made America the most obese country on the planet.

Dangerous diet pills. From banned substances such as ephedra or prescription drugs sold on the black market, to dangerous combinations of ingredients, young adults are taking and mixing a scary number of diet pills. Although there are several safe and high quality diet pills out there, the fact that they are making realistic promises instead of claiming that miracles would happen or fat would simply melt away, has driven many young adults to choose much less appropriate options.

For a choice that is both helpful and well recognized, a growing number of informed dieters are turning to FenFast 375. It contains clinically researched ingredients that function as powerful tools as a part of healthful weight control.