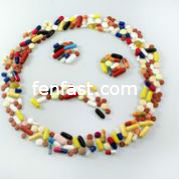 It looks as though not all is well on the home front for the popular appetite suppressant and energy supplements made by the well-known company, Saba. According to the latest news, these pills have been directly linked to liver failure in some cases. As a matter of fact, a woman from Texas was recently hospitalized and had to have a liver transplant after taking only three Saba Appetite Control and Energy pills (often known as “ACE” pills). After users of the pill have begun developing jaundice at an alarming rate, skeptics are now starting to wonder whether or not these ACE pills should be stripped from the shelves of our markets altogether.

What Are Saba ACE Pills, Anyway?

The name alone sounds a little bit mysterious, so it is no wonder that a lot of people do not know very much about this supposed miracle drug. Saba claims to give consumers all-day appetite control like none other, but this may have something to do with the fact that our bodies tend not to be hungry when the liver is failing. It could be that the liver failure case is a singularity, but users should be careful regardless of the possibilities.

So What’s Causing All of the Problems?

Researchers are still trying to pinpoint which of the many ingredients in Saba Appetite Control and Energy pills caused the Texas woman’s liver failure, but nothing has been set in stone just yet. The average bottle of Saba ACE pills contains ingredients like DMAA, which is simply an amphetamine derivative that has recently been linked to heart attacks, stroke, and even death. In fact, the Food and Drug Administration sent out nearly a dozen removal notices in 2013 alone to supplement makers who had products with DMAA.

How Do I Know What to Do?

Well, if you’re taking Saba Appetite Control and Energy pills, then now is the time to stop, at least until all of the data from the studies are released. As a general rule, dietary supplements are not regulated by the FDA, at least not as strictly as most of the drugs that we regularly see. This means that you, as a typical consumer, have no guarantee as to what you are getting. Because of this, it is probably best that you speak with your doctor before beginning use of any such product, lest you end up like that poor woman in Texas.