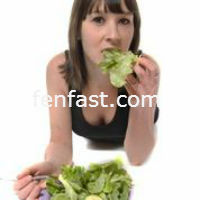 You’ve been working very hard and you’ve been dropping the pounds, but do you know for certain that you haven’t been taking on too much dieting for your own good? Many people feel that as long as they’re losing weight and they aren’t constantly suffering from hunger pangs, they must be doing alright. However, there are many signs other than hunger that can tell you that your strategy is too extreme.

This is important to know because too much dieting can be potentially dangerous to your health. Even without obvious symptoms you can cause gradual harm to your body that will not only lead you into some troubled territory, but it could also mean that the pounds will end up building right back on again after all your hard work to get rid of them.

Instead of setting yourself up for health problems and a flat-out weight loss fail, discover the signs of too much dieting and if you think you might have gone too extreme, start taking some corrective action to resolve the problem.

Fatigue is your nemesis – If your energy levels have plummeted as a whole or if they’re bouncing up and falling down, the odds are that your calorie intake is simply too low. Calories are ready fuel for your body. When you’re not giving yourself enough, you’ll find yourself dragging the majority of the time. Speak with your doctor about the calorie range you should be targeting for healthful weight loss.

You’re always thinking about what you’re eating – You’ve been tracking your foods and are continually keeping a daily tally in your mind, to the point that it takes precedence over most other factors when you decide on a meal. Your diet should involve changes to your lifestyle that improve your mindfulness, but not to the point that you’re obsessing over the numbers.

An entire food group or macronutrient has been slashed – You may believe that carbs are your enemy, but removing the cereals food group or attempting to ban carbohydrates altogether will cause weight to drop rapidly but temporarily. Then, your body will crash in nutrients it previously obtained mainly through those foods, such as vitamin B. Your health will suffer and your metabolism will shift so the weight loss will slow and potentially stop. It’s better not to take on dieting extremes like eliminating entire food groups.

Your sleep is suffering – If you’re suddenly getting less sleep than you used to, it is likely that your extreme dieting choices have removed many of the nutrients you’d previously been using to get the rest you need. Aim for a more balanced nutrient intake.