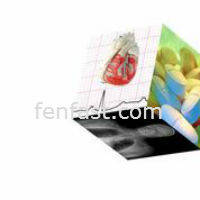 Tired of obesity? Fed up with dietary weight loss plans? Had enough of exercising already? Then let me give you some hope. There might be more for you to look forward to instead of extensive dietary plans and hectic weight loss exercises. Anti-obesity drugs have been over and underrated for the useful purpose they can serve. You don’t need to believe everything you hear or read about anti-obesity drugs. You deserve to know the truth and this is what we bring to you in our article.

All anti-obesity drugs are pharmacological solutions for reducing or controlling your weight.

The one basic function these anti-obesity drugs perform is inducing changes in one of the most basic processes occurring in the body: regulation of body weight. They are able to do so by making changes in the appetite or absorbing the calories. One of the major treatment procedures for obesity deals with dieting and exercise.

In an effort to find a solution to the worldwide epidemic that obesity has become, scientists have developed a new range of composites known as ‘micelle sequestrant polymers’ or MSPs, a form of anti-obesity drugs, that help in the prevention of fat particles from entering the body and eventually protect it against weight problems. The ACS journal, Biomacromolecules, bears proof of their research which was conducted on mice.

According to the research, obesity has been increasing throughout the world at an alarming rate. Various treatments recommended for weight problems include exercise and diet plans, surgeries and prescribed medicines. The drugs that are available currently may carry with them serious side effects you might be unaware of. This includes the risk of cardiovascular depression and disease. It is exactly for this reason that Cory Berkland and his colleagues have joined hands to come up with a unique pharmaceutical solution to weight gain.

The researchers tried to address the process in the body that absorbs fat and came up with a range of polymers that holds all the fat particles, micelles, within the intestines to stop them from digestion. These particles are alternately directed toward the gut to be excreted out of the body. In the test that was carried out on mice, mice that were given MSPs had around nine to ten times‘ higher quantity of dietary fats, called triglycerides, in their excretion. Not just this, but as the MSPs leave the body without absorption, the researchers believe they could contain a solution for a safe and long-term treatment.