Why You Should Never Use DNP to Lose Weight 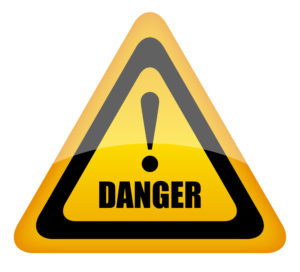 Despite the frightening dangers involved, a growing number of people are once again starting to use DNP (a chemical used as a pesticide) to lose weight. This is possibly due to the amount of time since the last scary headlines involving 2,4 dinitrophenol were publicized. People have forgotten how hazardous that medication can be. Maybe there is a whole new generation getting into this drug because the last time people were injured or killed by it they were too young to know about it. Whatever the case, this is a hazardous substance that was banned for a reason.

The ban isn’t anything new. Though 2,4 dinitrophenol was easily available in the United States about a hundred years ago, it was finally banned in 1938 as a result of severe side effects that were putting people’s lives at risk – or killing them. Now, many people have started to try to obtain DNP to lose weight despite those severe side effects – which truly are dangerous. It is not an overreaction by regulating authorities.

Using this illegal drug to try to lose weight can lead to hyperthermia, which can kill you very painfully. DNP causes your body to burn more fat from your body as fuel, which would be great if the resulting consequence wasn’t that the burn goes too far, heating a user’s core temperature to a deadly extreme. If you’re “lucky” and death does not result from hyperthermia, the result can be severe brain damage, instead. It’s for that reason that this medication should not be taken lightly – in fact, it shouldn’t be taken at all.

Among the main problems is that it was once labeled as “the king of fat-loss drugs” and that slogan stuck very effectively. Now, dieters are purchasing illegal pills of DNP to lose weight and the cases of injury – or worse – from these medications are starting to reappear in hospitals after they had been mostly gone for many years.

A recent study conducted about DNP in the United Kingdom from 2012 through 2013, confirmed what was seen in a U.S. National Institutes of Health report in 2011 which showed that there is a worldwide increase in deaths relating to the use of this banned medication.

Still, it is very difficult to know just how many people are actually using these pills. After all, it is illegal, so there aren’t any official medication records to use to track the purchase and usage of DNP.

Unfortunately, the statistics about DNP to lose weight that are becoming available are from hospitals treating people whose lives are threatened after having taken it.

It takes very little 2,4 dinitrophenol to become dangerous. Even a very small dose taken for a short time can be potentially lethal.