When Giving Up Gluten is a Mistake 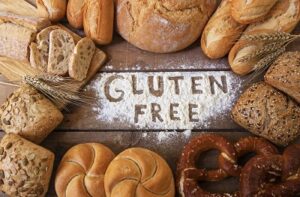 Giving up gluten altogether might sound like a good idea in light of all the recent dietary trends popping up, but it would be in your best interest to know all the facts before jumping on the bandwagon. Those who wish to optimize their food intake might find it beneficial to get rid of gluten in the foods they eat while others might not have the same positive results. To be educated on any matter, you have to understand the underlying issues as well as take into consideration both sides of the equation.

Why Are People Giving Up Gluten?

People are giving up gluten for many different reasons. Celiac disease diagnosis is a major reason. People who have that condition have an autoimmune response to this substance, presenting with a spectrum of different symptoms.  As a result, they must eschew foods that contain it because it allows them avoid reactions that can be anything from uncomfortable to dangerous.

That said, there is also a fad that has people giving up gluten as the latest villain to blame for any and all types of unwanted health issue, from weight gain to cancer.  Nearly all the associations between this substance and those outcomes are without any scientific merit.  More often than not, it is a misunderstanding of what precisely gluten is. Moreover, cutting ingredients containing it also often leads to deficiencies in nutrients that are easily obtained through wheat and other grains.  It is exceptionally important to speak with a doctor before deciding to cut it out of your diet, just as you would before taking on a weight loss diet or deciding if FENFAST diet pills are right for you.

To truly know whether or not you should be giving up gluten, you first need to know what gluten is. It is a protein that is usually found in wheat, and it is what gives elasticity, shape, and rise to dough. As a combination of gliadin and glutenin, gluten compounds typically take up about half of the protein content of flour-based products. Those who have wheat, flour, and gluten sensitivities are most often advised to avoid those types of foods altogether. Talk to your doctor for more individualized information on this topic.

Benefits of a Gluten-Free Diet

When you go about giving up gluten, you will most likely see an improvement in any celiac disease symptoms, if that happens to be a condition with which you are dealing. Too much gluten can cause certain digestive problems, such as diarrhea, indigestion, nausea, and constipation. In addition, some people develop an allergic reaction to otherwise harmless and healthy foods due to the potent gluten content. Still, many people are left asking if there are any real benefits to a complete diet reformation, especially for those who do not already have issues with gluten. Thankfully, modern science is putting that question to the test.

When Giving Up Gluten Is a Mistake

It may seem like a great idea to say “no” to gluten, especially when you consider how well people reportedly feel after cutting it out of their diets. One should note, however, that giving up gluten does not automatically make you a healthier person, by any means.

Gluten-free products can still have a lot of sodium, sugar, calories, preservatives, and other by-products, so dieter beware. Cutting out gluten doesn’t seem to do any harm for those who have no food-based sensitivities, but then again, it doesn’t necessarily seem to do any good, either. That said, it is important for anyone giving up gluten to ensure that they replace the nutrients and fiber they would have received from wheat and other grain-based products.

After all, there is more to wheat, including a spectrum of essential nutrients such as B vitamins, zinc, phosphorus, manganese, and magnesium, in addition to antioxidants such as phytic acid, ferulic acid, and sulfur compounds, as well as polyphenols, which are disease-busting plant compounds including polyphenols, stanols, and sterols.