How to Reduce Your Exposure to Mercury in Your Diet 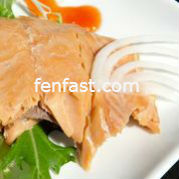 For many of us thinking about potential toxins in our diet is much too challenging and overwhelming. We try hard to eat right, and that seems like enough on most days. So when you think of eating something as healthy as fish, you can’t possibly imagine that it could cause damage to your health later on. If however you aren’t thinking of the fish that you eat and the potential for exposure to mercury in your diet because of them, then you’re overlooking a really important part of the equation.

Though fish are full of protein, and are a preferred part of a healthy diet, you have to be careful about which types you eat. Though moderation will always be key, the reality is that some fish are much too high in mercury levels to eat more than every once in awhile. Eating a diet rich in fish is still certainly recommended, but you do need to be careful not to overdo it with the usual culprits when it comes to mercury consumption. This is important not only to pregnant woman, but also to those who are eating right for better health now and into the long term.

To be certain that you don’t risk the potential of high levels of mercury in your diet then you want to focus on the following tips. Being mindful of these things will ensure that you continue on with healthy eating, but that you don’t risk any harmful exposure that could be dangerous to you later on.

Avoid the obvious “no no’s” on the list: Yes there is a list for which the mercury level tends to be in the highest concentration. During pregnancy you may be asked to actually avoid these fish altogether. For the rest of us though, limiting how often you eat these types of fish can help to ensure that you don’t overdo it. The list of the biggest culprits include tuna, swordfish, tilefish, shark, and mackerel. Can you enjoy these fish? Yes, but in limited amounts for they are definitely the highest in terms of their mercury levels, and therefore the potential risk that you imposing on yourself.

Be sure of where your seafood comes from, as that can make a difference too: Though some of these fish are just naturally higher in mercury, it can make a difference where the fish comes from as well. For example, certain types of salmon may be higher in mercury levels depending on where they come from. So being in the know about the part of the world that the fish comes from can also make an influence on just how much mercury in your diet that these fish may introduce.

Know that moderation is key: Unless you are pregnant and told to avoid such fish, moderation is key. For example eating sushi, where the tuna or other fish is raw, will increase your exposure particularly when it is the featured fish. In addition only eating these fish once per week or even a couple of times per month can be a good rule of thumb. It’s important to understand the potential risks, and therefore find a balance within your diet that gives you all the good nutrients from these fish but without the potential danger.

Be aware of potential mercury levels in even the most innocent fish: Sure you know some of the fish that have the highest levels of mercury, but others may pose a bit of a risk two. Even something as seemingly innocent as sea bass or tilapia can have a potential risk of mercury. Also keep in mind that the size or age of the person can factor into this as well. If a child were to eat a normal portion of something like Chilean sea bass, it can pose much more of a risk than an adult eating the same thing. Always do your homework, particularly when it comes to fish and the potential risks that they pose.

Perform a cleanse every once in awhile to be safe: If you are concerned about mercury in your diet or any other potential toxins for that matter, then you must perform a cleanse every once in awhile. A natural cleanse that will rid the liver and other major organs of any build up is always a helpful idea. Though eating the right foods is the most crucial step to managing mercury levels, performing a cleanse can help to get rid of any that may have built in and be slowing you down or harming your health.