Obesity Gene Does Not Make it Harder to Lose Weight 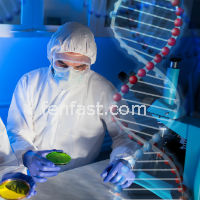 For years, many of us – including a good part of the medical community – have suspected that there might be an obesity gene making it harder for some of us to lose weight. According to the results of a recent study, that might not be the case. In fact, the research found that people who have the gene linked with weight gain are just as likely to lose from a fat reduction strategy as those who don’t have it.

The research looked into whether or not an obesity gene would reduce the effectiveness of a healthful weight loss strategy. What it found was that diet-, exercise- and drug- based strategies to lose weight are equally beneficial to those with and without the gene.

Therefore, while there may be some medical reasons that are making it harder for you to lose weight, and genetics may be making it easier for you to gain weight in the first place, DNA isn’t standing in the way of your weight loss.

In truth, there isn’t simply a single obesity gene that affects all matters concerning your weight. There are actually many different genes that are believed to play a role in your body weight and the many factors that affect it. Often, when people discuss a gene having to do with obesity, they are referring to the FTO gene. This is because it is the gene most strongly associated with the inclination of the body to gain fat.

About 16 percent of the population carries two copies of that gene. Those individuals are, on average, approximately 6.5 pounds heavier than those who don’t have it. They also have a 1.7 times greater risk of obesity.

Scientists have yet to figure out exactly how the gene leads to a greater risk of weight gain. Among the main theories is that people with this gene feel less full after a meal and find high-calorie foods more appealing. That said, it had also been believed that the gene would make it harder to lose weight. Recent research is now indicating that this is not the case.

The research suggests that while it may make it easier to put weight on, it doesn’t seem to make it harder to take weight off.

If you have been struggling to lose weight, consider the difference a high quality nonprescription diet pill could make to your efforts. Try FenFast 375 to make a difference when it comes to your eating and exercising program.