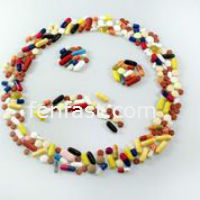 The Federal Trade Commission (FTC) is taking legal action against Roca Labs weight loss company, which has a dubious history. The company has threatened its customers with lawsuits if they wrote negative reviews or complained online about their products. The FTC has sued Don Juravin and George Whiting, Roca Lab executives, as part of its lawsuit, which was filed in the US District Court for the Middle District of Florida.

The powders produced by the companies have to be mixed with water before consumption, as a quick solution for weight loss, so people don’t have to undergo bariatric surgery.

A four-month supply costs up to $480 and the company claimed a 90% success rate. It has stated clients using their powders could lose up to 100 pounds in 10 months. According to the FTC, the company has made $20 million through misleading advertising and unfair practices.

The FTC stated that since 2010, Roca Labs weight loss company received around $20 million via unfair practices and deceptive publicity. The allegations against the company also include unproven weight loss claims and illegal gag clauses buried in the fine print. The company attempts to silence its critics by including the gag clause in the packaging inserts, telling consumers they have consented to not write negative reviews when they bought the company’s products. Those who did post negative reviews online were told they would be sued and would have to pay the company hundreds of dollars.

The FTC has also applied for a temporary restraining order against Roca Labs. The order asks for a ban on the use of its gag clauses, prohibition from threatening witnesses, and would force a quick investigation into the company’s practices and finances. This way, they are hopeful a quick verdict can be reached in the case, regardless of whether or not it is in favor of the company.

In the lawsuit, the FTC claims Roca Labs’ gag clause and their policy of a financial reward for positive reviews were part of their deceptive practices. Consumers could purchase the product without gag clauses. However, that would increase the cost by three times as much, which meant 99% of consumers had agreed to the rules imposed by the company in the fine print, which keeps them from posting any negative reviews about the company and/or its products. One particular case involved people threatened with a $100,000 penalty and a cancellation of the discount followed by reporting the client to credit bureaus.

As per the reports so far, Roca Labs weight loss company is in for some tough times ahead.