Is Going Vegan Really Healthier in the Long Run? 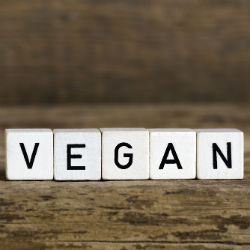 Going Vegan – Healthier or Not?

As plant based diets become increasingly popular, many of us are wondering “is going vegan really healthier” than eating a more typical balanced diet. Are you automatically doing something good for your body simply by cutting out animal-based foods?

Is being vegan really healthier than vegetarian, pescatarian or doesn’t adhere to any dietary restrictions? To answer that question, it’s important to note that everybody has different nutrition requirements. Therefore, what works for one person may not be ideal for someone else.

That said, when looking into answering the “is turning vegan really healthier” question, there are some general concerns that need to be met.

The quick answer is: no. Simply following a vegan diet will not necessarily make you healthier than you previously were. The reason is that it’s just as easy to eat junk foods, consume too many calories or improperly balance your diet as a vegan as it is for someone who is not.

Just as it is possible to pay careful attention to what you’re eating and consume a nutritious, balanced diet when you do eat animal or fish-based foods, it can also be done with a plant-based lifestyle.

Typically speaking, if you choose to take on a vegan lifestyle, it is important for you to do so gradually in order to provide yourself with enough time to learn about nutrition. When you aren’t including animal-based foods in your diet, it is important to pay closer attention to the foods you’re choosing in order to ensure you’re receiving balanced nutrition.

Your first step should be a visit to your doctor. From there, you may want to speak with a nutritionist or dietician who has a solid understanding and considerable experience in vegan diets. Take care to inform yourself, to avoid common myths and to know that you will need to place a bigger focus on what you eat than simply what you might feel like having at the time.

This will help you to overcome common challenges such as nutrient deficiencies, particularly in iron, B vitamins and proteins, among others.

The Bottom Line About Going Vegan and Your Health

Keep in mind that as of yet, any claims that eating a vegan diet is healthier than other types of diet are opinion based. There haven’t been any reputable, published controlled trials to suggest that plant-based diets are better than other diets. The assumption that science has proved otherwise could easily misguide you. Take care to verify all the claims you read before you choose to believe them.