Benefits of L-Theanine as a Diet Pill Ingredient 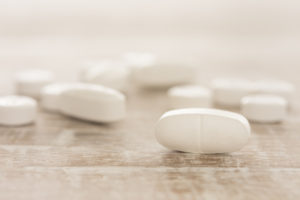 L-theanine is a diet pill ingredient that has been gaining a great deal of traction in the weight loss industry following some positive results both in research and among people who are trying to lose weight. It is a naturally derived ingredient that is typically seen as beneficial in preventing weight gain when used with lifestyle including healthy eating and regular exercising.

This substance occurs naturally in green tea and is among the major bioactive ingredients within that superfood. L-theanine is an amino acid that is believed to help dieters through its function in the regulation of fat accumulation. Animal research and limited human studies have suggested that the proper use of this substance can help to suppress weight gain and inhibit the accumulation of body fat.

Preventing body fat accumulation is an appealing advantage for dieters as it helps them to make sure their bodies aren’t working against them as they change their diets and exercise routines in the attempt to lose weight.

Aside from green tea, L-theanine can also be sourced from a range of different plants and fungi. This amino acid is structurally similar to glutamine and glutamate, which are both neurotransmitters. Those neurotransmitters are believed to play a nootropic role in the body. This means that they can affect a user’s stress and anxiety levels, they can promote sleep and relaxation and they can enhance the ability to focus.

Since L-theanine was first discovered, its popularity has steadily increased. Its popularity was doing well based on its own merits, but it was also spurred ahead by the growing number of studies that indicate that green tea has a spectacular range of weight loss and overall health benefits.

Aside from its impact on fat accumulation, L-theanine has also been studied based on its affect on dietary fat digestion and absorption. While the specific way in which this ingredient works within the body has yet to be determined, it is believed to be among the active substances responsible for the positive impact of green tea on weight loss. Among those impacts include the way that the ingredient can reduce the amount of dietary fat the body can digest and absorb. When consumed fats can’t be fully absorbed by the body, it reduces the number of calories that are taken in by the body through the food the individual eats.

This ingredient may also help to enhance the metabolism as it reduces the number of free fatty acids and blood sugar (glucose). Both of those substances are connected with obesity, so reducing them may help with overcoming that disease’s symptoms.