12 Foods You Think are Healthy but Aren't 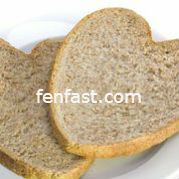 You try to do all the right things to take care of yourself, and that includes eating the right foods. Whether it’s to lose weight or get healthier, maintaining a balanced diet matters greatly. So when you think you’re doing all the right things, but then you find out that you’re eating foods you think are healthy but aren’t, it’s frustrating to say the least! So many of us eat what we think are the right foods, only to find out that they can be true diet sabotage when you look beneath the surface.

Some of the foods on this list may contain fat or calories in a way that you never imagined. Others are better off to make at home rather than buying the prepackaged versions. It may be high sodium or other ingredients adding to their downward spiral, but whatever it is, these are the foods to avoid. So before you make all the wrong choices, let’s take a look at what the top foods you think are healthy but aren’t consist of—and then avoid them at all costs!

Sushi: Though just the actual raw fish isn’t the problem, that’s unfortunately not what most of us actually eat. We’re talking about the rolls that are wrapped in rice and often come with a sauce or tempura flakes. The sushi rice is usually white rice which is void of nutrients and the wrong type of carbohydrate. The sauces and tempura flakes are fattening and full of sodium. So be cautious in the type of sushi you eat, or you may be fooling yourself and eating the equivalent of four slices of white bread in one serving!

Veggie Sticks: The word “veggies” throws a lot of people, including parents who want to give their kids a healthy snack. Don’t be fooled because though these say that they have a serving of vegetables in them, they are just a glorified version of potato chips. Full of sodium and unwanted calories, these are not a good snack choice!

Trail Mix: The pre-made trail mix that you purchase most definitely falls as one of the top foods you think are healthy but really aren’t in any way. They often contain filler like chocolate chips or candies, and they are not high in fiber or natural ingredients. You can get around this by making your own with unsalted nuts and true dried fruits to avoid the nutritional trap that these mixes represent.

Protein Bars: When you use the right types of protein bars that are actually made up of natural ingredients then you’re fine. The problem is that there is a huge offering of protein bars on the market, and many of them aren’t good for you at all. These are often candy bars in disguise and along with the protein comes unwanted sugar and other filler—so read the labels carefully!

Premade Salads: Making your own salad at home with tons of veggies and protein is great. Buying one out at a fast food establishment or grabbing one on the go will not likely offer you the same nutritional value. You will often get fattening ingredients like bacon, croutons, fried chicken strips, and the dressing is usually killer! Make your own at home and save yourself from a big trap.

Cereal: It’s not to say that all cereal is bad because it’s not, but many options out on the market lack any nutrients. Be sure that you read the label carefully and stay away from cereals that are low in fiber, high in sugar, and lack an ingredient list that contains any nutrients. Sugary cereals are just another form of desserts, so go for true whole grain and high fiber cereals instead.

“Whole Wheat” Bread: Read the label carefully because even though it may say “whole wheat” doesn’t mean that it actually is 100 percent. If it’s enriched or if it contains white flour or even sugar, then it’s glorified white bread. You will be eating the wrong type of carb that won’t fill you up, and you won’t get anything that you really need out of bread, like fiber.

Margarine: You might think that going for the lower fat option is better for you—but it’s not! Butter may be higher in fat, but it’s natural and therefore better for you. The chemical list that makes up margarine will make you sick, and it’s not worth the calories that you might save by opting for it. Always go for butter and just limit your portions!

Sports Drinks: They can mask themselves as juices, sports drinks, or so many other types of beverages—but the bottom line is that they’re not good for you! These are sugary drinks that don’t actually help your performance or your health at all. They are high in calories, carbs, and sugar, and so going for water or natural juices is always a better choice.

Muffins: You might be surprised to see muffins on the list of foods you think are healthy but aren’t, but they have earned their spot. The problem with these little gems first and foremost is their portion size. Most muffins that you buy are actually two or more servings, and they are full of all sorts of processed foods and filler. They are high in sugar, low in nutrients, and you fool yourself into thinking that they’re a better choice than donuts—but really they aren’t!

Smoothies: Sure making smoothies at home is great as they can be full of fruits and veggies, and all the things that you want and need. When you buy a smoothie while out though, there’s a really good chance that it’s loaded with sugar. You might find surprising ingredients too such as whole milk, fruit juice mixes, and other ingredients that rival a recipe for cake. Make your own smoothies at home and stay away from the ones that you get out.

Lunch Meat: Sure you can find some healthier versions of lunch meat with no nitrites or low sodium, but they are few and far between. In many instances they taste good because they are full of sodium, preservatives, and a list of ingredients that you simply can’t pronounce. Lunch meat doesn’t make for a healthy meal option, so always go for the natural version—and perhaps that’s the best rule of thumb with all of these foods in the first place!