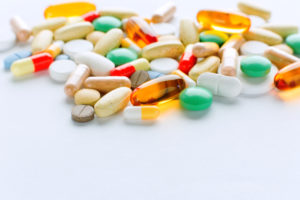 As the obesity problem across the country – and around the world, for that matter – continues to grow, so does the problem of risky diet pill ingredients. The issue isn’t with the substances themselves, but in the fact that many manufacturers are adding them to products in the wrong way. Some of these ingredients are banned, while others are combined in the wrong way or used in dangerous concentrations.

The key to being able to protect yourself from them is to know which risky diet pill ingredients are used the most. It’s also a good idea to go through the list of substances in the formulas for any product you select and check it against reputable sources to make sure it isn’t associated with potentially dangerous side effects.

Some sites such as the Mayo Clinic and even Consumer Reports have identified a number of the most common risky diet pill ingredients, the claims made about them and the side effects that are often associated with their use – or misuse. These are by no means complete lists but they can give you a hand when you’re getting started.

To start, it’s important to recognize that controlled or banned substances of any kind do not belong in an over the counter diet pill. It doesn’t matter if the drug has its FDA approval. If it has not been prescribed to you by a licensed doctor and is not dispensed by a licensed pharmacist, then it is not only illegal but could be very dangerous to your health and potentially your life.

Among the most common banned substances still sneaked into diet pills nowadays is ephedra, also often marketed as ephedrine, ma huang, or several other names. This used to be legal in diet pills until it was associated with many reports of severe, life threatening side effects as well as several deaths.

Among the legal ingredients you might want to avoid due to the associated risk are: chaparral, germander, methylsynephrine usnic acid and yohimbe. These are all found in nonprescription weight loss formulas and are associated with the risk of dangerous side effects.

Chaparral has been linked with liver damage, kidney issues or death. Germander is linked with hepatitis, liver damage and death. Methylsynephrine is linked with cardiac arrest, other heart rhythm and rate abnormalities and conflicts when combined with other stimulants. Usnic acid can injure the liver. Yohimbine can cause a rapid heart rate, increase blood pressure, cause seizures, headaches, problems with the kidneys and/or liver, panic attacks, heart problems, or death.

For a diet pill with high quality ingredients, consider giving the customer’s choice for a non-prescription Phentermine alternative FENFAST 375 as a part of your healthy weight loss strategy.