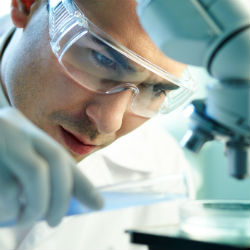 A new study recently identified a potential link between obesity and a protein called Id1. To understand that connection and how it impacts your life, it is important to understand certain things about the human body.

To start, you need to know that not all fat on your body is equal. It may all look the same to you on the outside, but on the inside, it’s a different story altogether. There are three main types of stored body fat which are nicknamed brown fat, white fat and beige fat, which is actually a combination of the first two. Each is found in a different part of the body and performs a different task.

When you hear about body fat that boosts the risk of things like heart disease, cancers, diabetes and other medical concerns, white fat is usually the culprit. Brown fat is associated with certain important metabolic functions, it is a vital source of energy and is essential to the body’s ability to adjust to cold temperatures. Brown and beige fat aren’t typically considered to be problematic.

However, this new link between obesity and the Id1 protein has shown that beige and brown fat can work against your health and weight management under the right – or, rather, the wrong – circumstances.

The link between obesity and Id1 has to do with its effect on the body. Recent research shows that the protein could potentially suppress the action of brown and beige fat in terms of their energy production.

Typically, our bodies use brown and beige fat as accessible energy. In fact, those fats are central to thermogenesis – the ability of the body to use stored energy from fat in order to produce body heat. This is critical when the temperature drops and you need to warm up. However, Id1 appears to suppress the brown and beige fat from acting like a “healthy” fat. It somehow stops them from playing their roles in energy production.

Because the protein stops the fats from burning as energy, it means that they are allowed to accumulate. The study showed that this increases the risk of obesity as well as other conditions associated with being significantly overweight, such as diabetes and certain kinds of cancer. This aligns with previous studies that had connected Id1 with an increased risk of prostate cancer.

The research findings were published in the Diabetes research journal. The study was led by Dr. Satya Ande, a molecular biologist from the Georgia Cancer Center and from the Medical College of Georgia at Augusta University.

To help boost fat burning, consider trying a product like FENFAST 375 which contains ingredients clinically researched as energy boosters that can make sure you’ll reach your top performance in every calorie blasting workout.